Anniversary of Edgar Allan Poe’s Death: How our fetish for the author sneaks into all the Apps 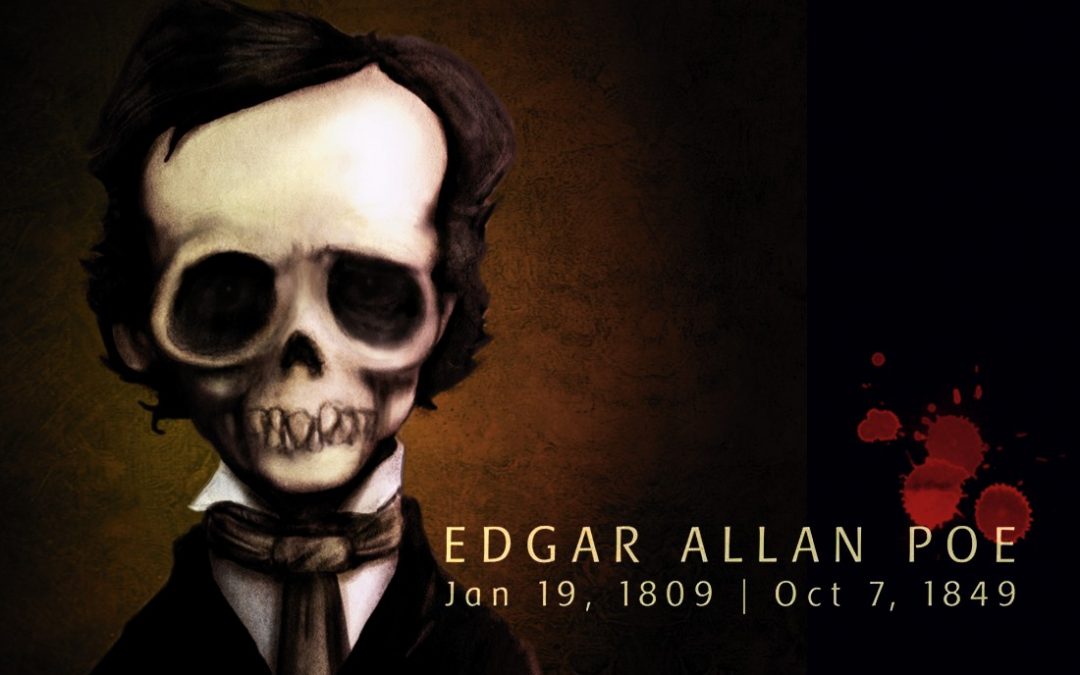 On October 7, 1849 Edgar Allan Poe died in circumstances that remain a mystery today. To commemorate our household favorite author, we want to unveil our own tribute to Edgar Allan Poe; how he appears in each of our apps.

At iClassics, we have a special weakness for Poe, especially our Illustrator and Art Director David G. Forés:

“I discovered him at the tender age of 9 years, in my grandmother’s library and I was left fascinated and horrified all at the same time. Since then I have read his stories countless times and devoured his adaptations. So when the opportunity appeared to adapt his stories to this immersive, illustrated and interactive format, it was a pleasure and a challenge.”

The first app we released to the market (in 2012) was iPoe 1. After we produced iPoe 2 and 3, the iClassics project had begun growing significantly. We realized that if we wanted to be an immersive literature reference, we had to delve into new universes and new authors. Poe was the first, so references to him always end up appearing in the rest of the iClassics. Today, we are unveiling the complete list!

iDickens: In this collection of ghost stories, from the great Charles Dickens, we included a reference in the first story “Ghosts of Christmas”. In the illustration where the ghost girl appears, drowned in the room of the protagonist, you can see a portrait of Edgar Allan Poe hanging in the room. 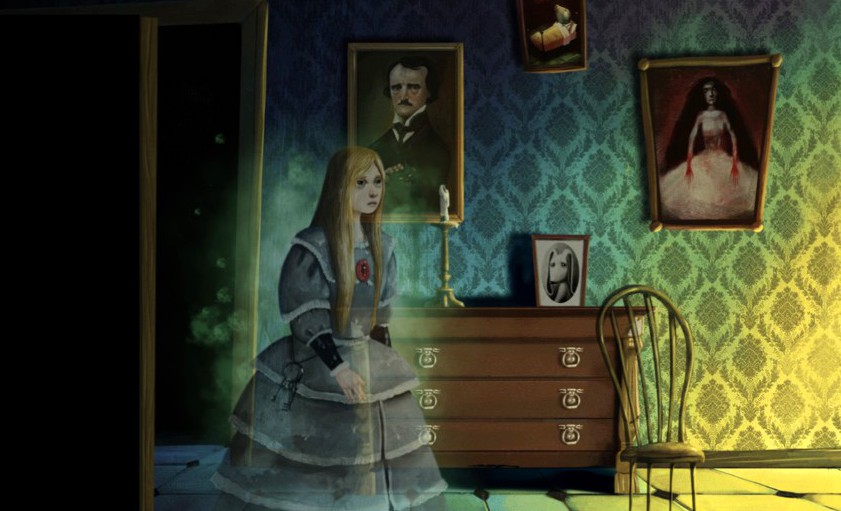 iLovecraft: H.P.Lovecraft admired Poe and he was one of the greatest influences on Lovecraft’s work. Maybe that’s why, we knew a tribute would be a given in his iClassics. In the story “The Hound” the protagonists have a basement full of macabre objects and between them we can see two heads preserved in jars belonging to Poe and H.P.Lovecraft. A gloomy tribute…

The Adventures of Sherlock Holmes: To create the most famous detective of all time, Arthur Conan Doyle was inspired by Auguste Dupin, the character created by Edgar Allan Poe, who magically solved cases in the stories “The Crimes of Morgue Street”, “The Mystery of Marie Rogêt “and” The Stolen Letter “. These are considered pioneers of the police story. That is why when you consult Irene Adler’s file in the Sherlock Holmes’ archives, you find Auguste Dupin’s file as well.

Sleepy Hollow by Irving: There are many illustrious guests at the Van Tassel party, and we can see them chatting cheerfully to Dickens, Lovecraft and Edgar Allan Poe, with the same Red Death. 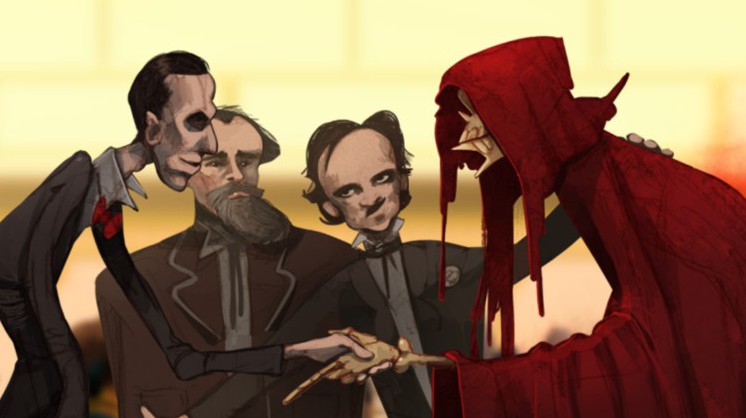 iWilde: In the final scene of the story “The Nightingale and the Rose”, when the young writer collects the rose that claimed the life of the nightingale, a portrait of Edgar Allan Poe can be seen in the back of the room. 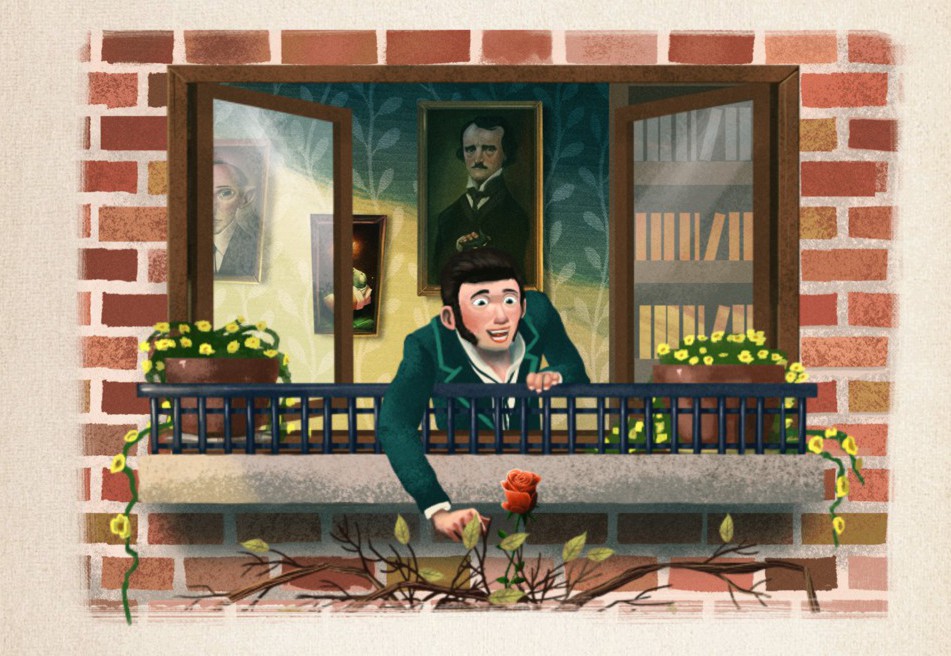 iWilde: The illustrated and interactive Oscar Wilde collection. The nightingale and the Rose.

The Ghost of Canterville: When the ghost of Sir Simon Canterville is looking at photographer Saroni’s prints, one of them is Edgar Allan Poe.

iWilde: The Ghost of Canterville.

iPoe Collection: Even in Poe’s own apps, the author makes several appearances. In the Hop-Frog story (iPoe vol.2), when partygoers are terrified at how the eight orangutans burn, Poe is an exception.

The poem “The Raven” (iPoe vol.2) is recited by the writer himself. 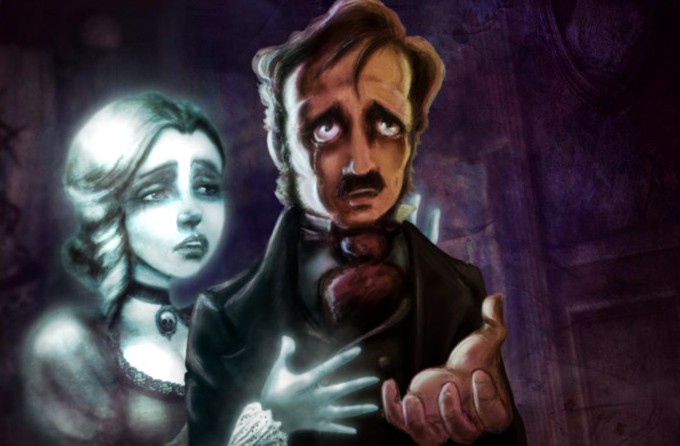 In the account of “The Facts in the Case of M. Valdemar” (iPoe vol.3), one of the doctors has a curious resemblance to the Boston Genius. 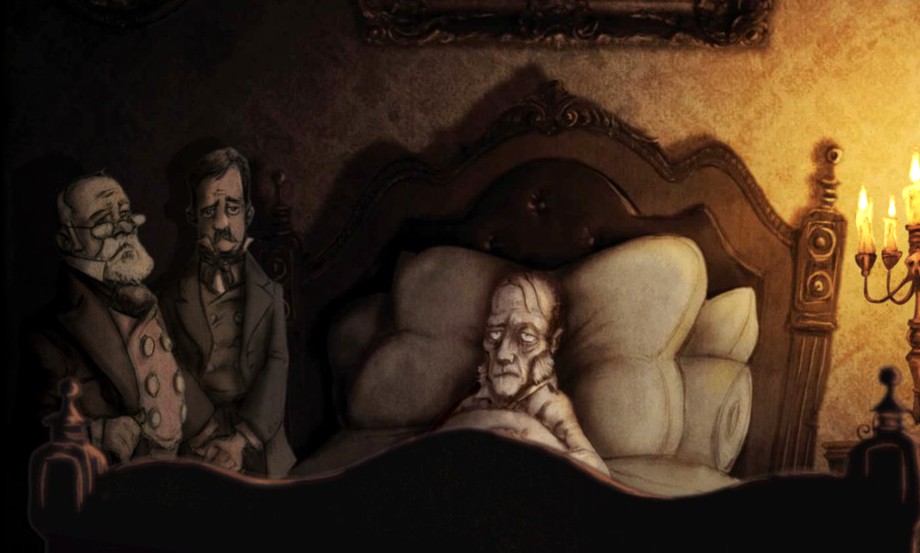 iPoe collection vol 3: The Facts in the Case of M. Valdemar

In the poem “Alone” (iPoe vol.3), a very young Edgar discovers emotions in his childhood that will inspire his best known stories. 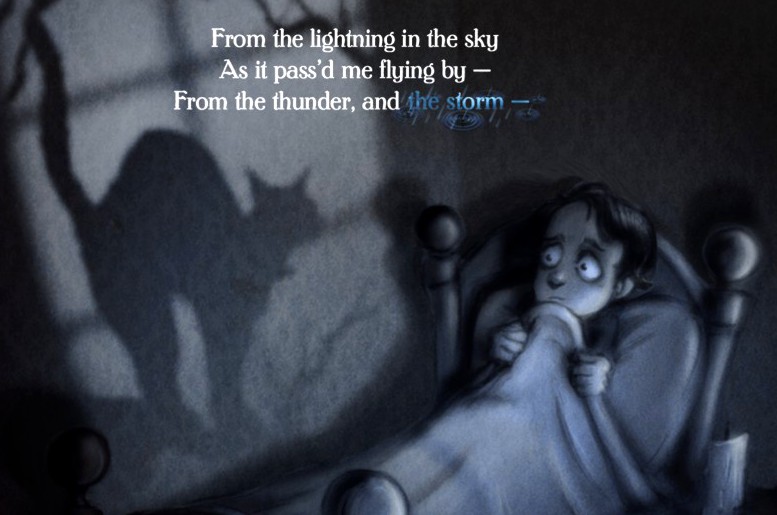 The only iClassics in which you won’t see Edgar Allan Poe is in Jack London; we’ll have to do something about that in a future update..! We hope you liked exploring our apps a little more, but we warn you that this is not everything, because there are many other Easter Eggs to be found in the iClassics, which aren’t related to Poe – stay tuned… 😉

Check all our Apps on Google Play and Apple Store