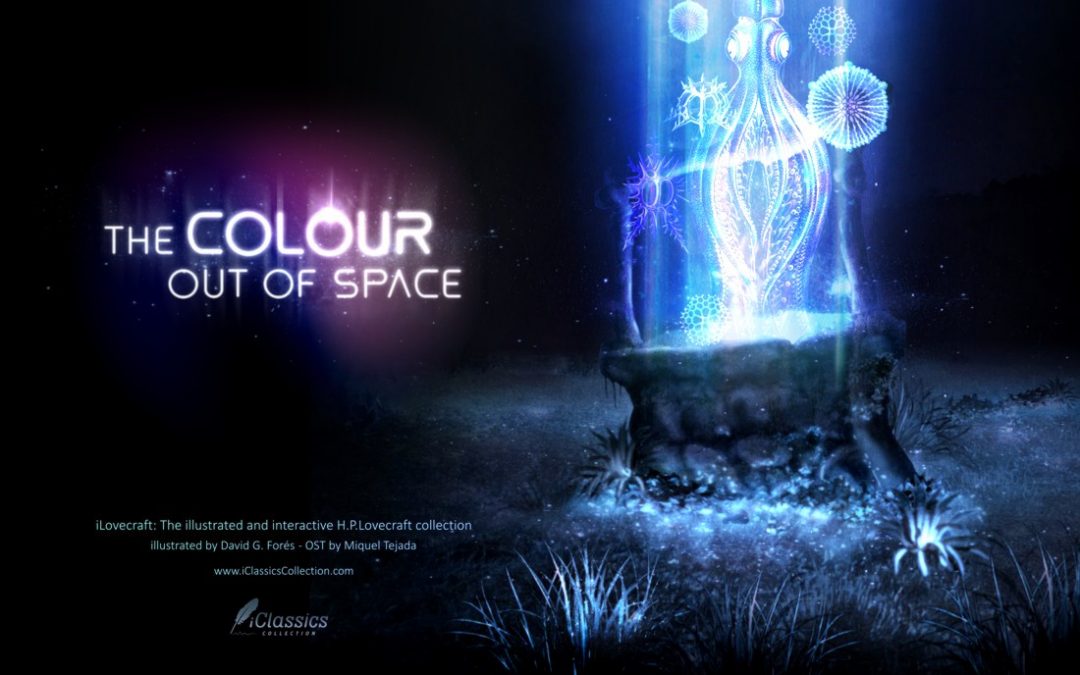 Greetings dear Morlocks! We continue with the next step in creating iLovecraft 2: The Colour Out of Space, after choosing the story, script and first sketches. The next step is the illustration and choosing color schemes.

In the specific case of this story, the first problem we encountered was How to represent a color, which according to Lovecraft, does not exist? Obviously it was an impossible mission from the beginning. But in reality, the motivation that led us to adapt this story, was not to have to faithfully represent the chromatic abomination, but the atmosphere of anguish that is generated by and around this entity. Those are shown throughout the story, and we only see its effects. The story was too good to dismiss because of the impossibility of faithfully re-creating the “color.”

“One of the first ideas that came to mind was to illustrate the whole story in black and white, and give color points only when the ‘chromatic monster’ appeared on the scene. However it does not appear too often and ultimately the story would have been too gray and monotonous. So I finally decided to create a color palette for ‘color’ inspired by one of the most spectacular (and in some ways, extraterrestrial) phenomena that the human eye can observe: the aurora borealis. “- David G. Forés (illustrator). 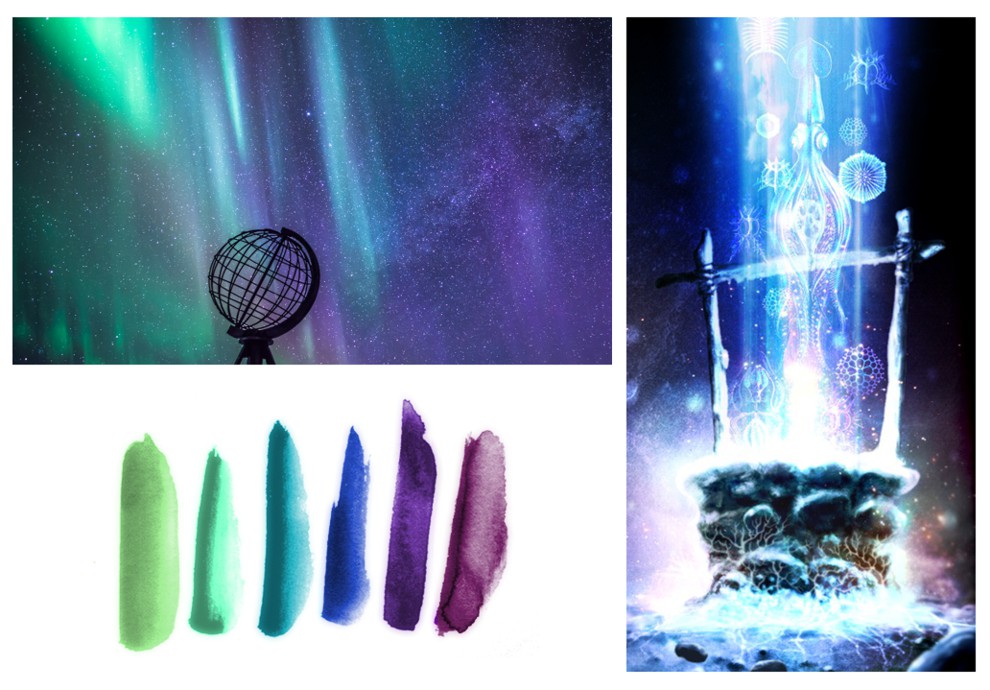 One of the peculiarities of illustrating an iClassics is that, when coloring the illustrations, they have to be presented in layers, in order to be able to generate the three-dimensional effects (or Paralax) to divide the characters into segments and then to be able to animate them. This is one of the most difficult parts for illustrators; on one hand it requires extra work that extends the time you spend on each illustration compared to the time you would dedicate to one for a physical book, and on the other hand, all the separate pieces must have the same atmosphere and illumination to achieve harmony. At the end illustration of an iClassics is a mixture of an illustrated book with small brushstrokes of traditional animation. 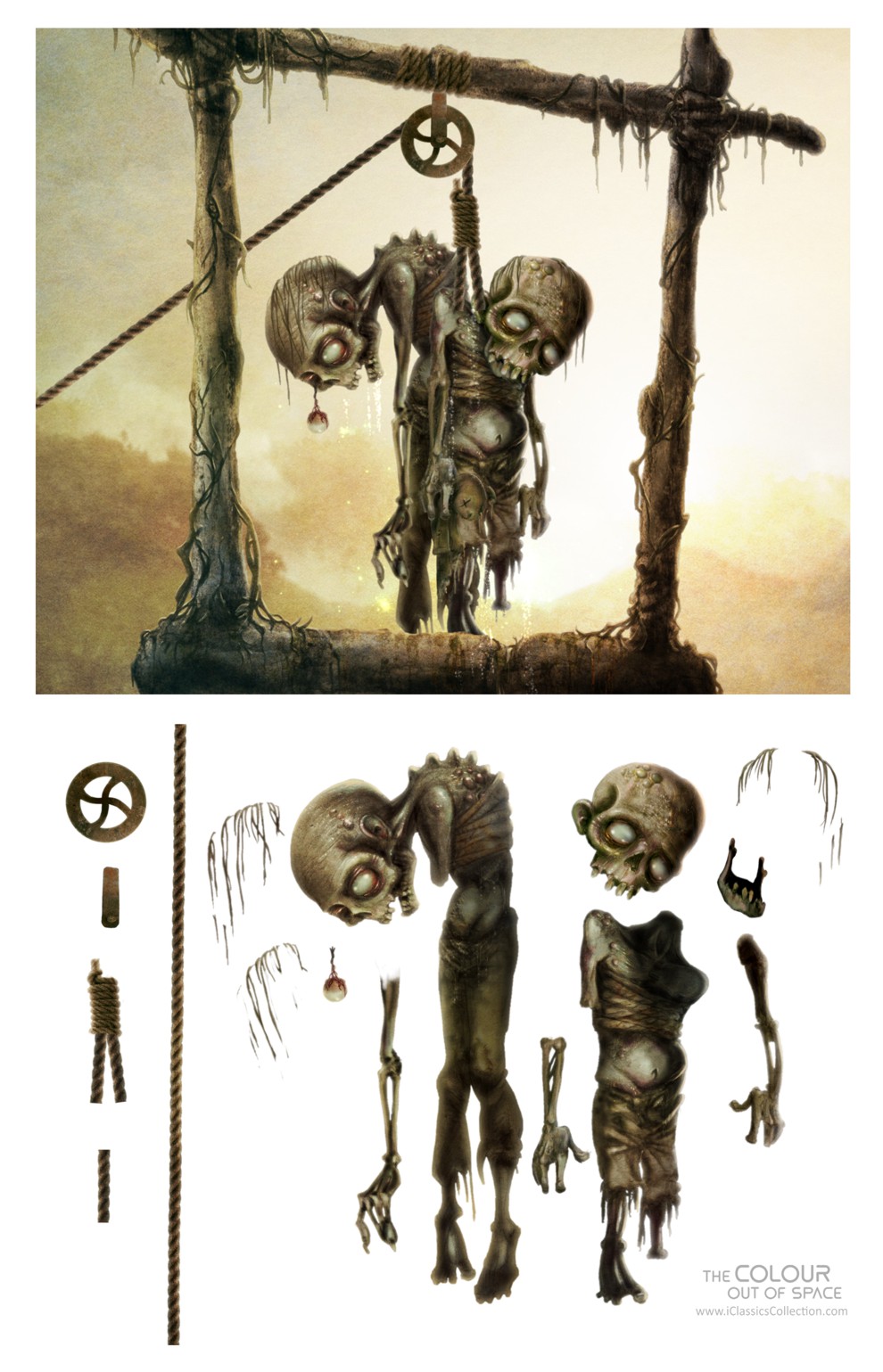 Once the illustrations are finished, they move on to the animation and programming team that will start to give life… a process in which the illustrator has to be involved because if it is not planned well, it will need more modifications and redraw some scenes to get the animation. But we will see that in the next entry. Cthulhu Fhtagn!